Working on the Boomkin

Today was a good day: sunny skies with temperatures in the low 50s brightened everyone's mood and outlook.

The boomkin blank was milled from 50mm x 90mm to 45mm x 75mm. I could have trimmed part of that 90mm on the band saw but for some reason, the saw wouldn't track to the cut line on another piece I cut. I used the thickness planer to take the blank down to size. 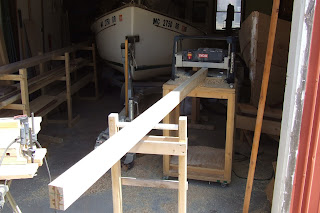 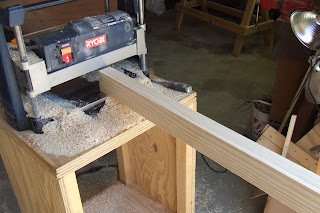 The centerline gauge I threw together yesterday: 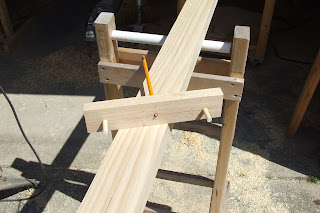 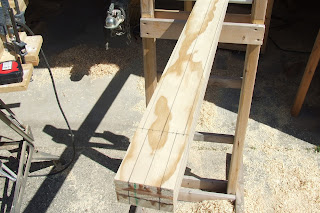 Here is the rough cut foreward end of the boomkin, which will be pinned to the boomkin mount on the starboard cockpit seat. This will be cleaned up and the edges eased a bit. 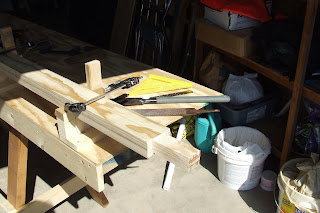 The problem with the band saw was the tension. I didn't set it high enough the other day when I installed the new tires and guide blocks. That didn't occur to me until the end of the day - well, early enough to re-set the tension and cut a test piece (it worked!) - so I'll have to cut the boomkin to shape tomorrow.
Posted by Bob at 8:21 PM