Based on some discussions with my son in August, we decided to build a skin-on-frame kayak. We picked Dave Gentry's Chuckanut 12s - a 12' stretch version of the Chuckanut 10 design.

So, here I am in Klamath Falls, Oregon for a 10-day build session. I arrived last Tuesday and we cleared out a space in the garage, ran some errands, bought some materials and supplies before beginning the actual work on the kayak on Friday.

Scott cutting stock for the chines and gunnels. Photo 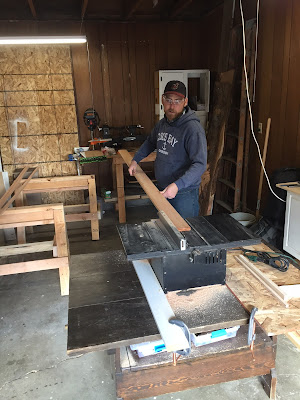 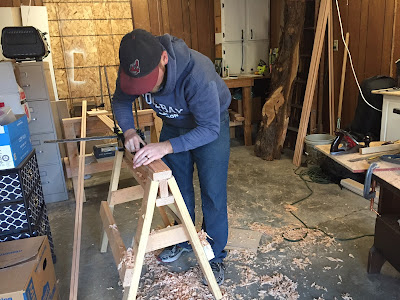 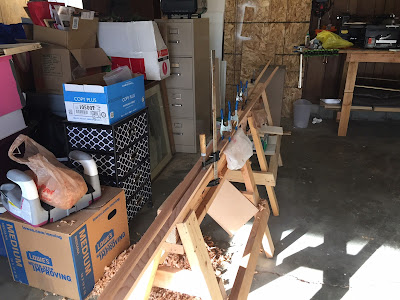 About half of the chines Photo 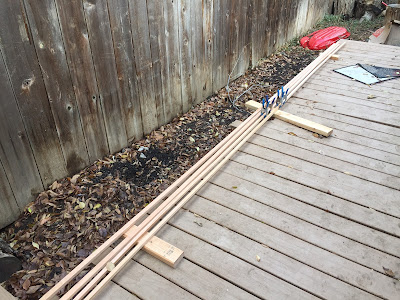 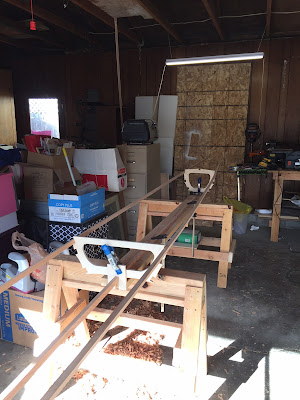 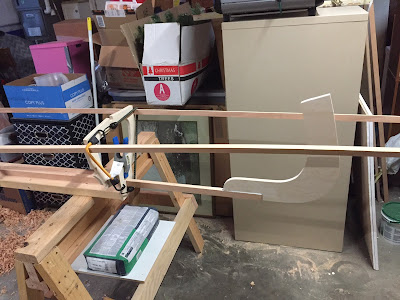 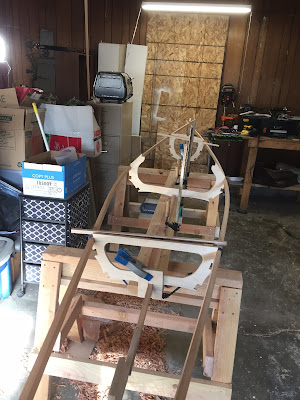 Two more frames to cut out and fit, which will further improve the shape. Twist resulting from being "loosely tied" will be taken out when we lash the fuselage together.

This project is an opportunity for Scott and I to work on a project together (tough to do when we live so far apart). I am hoping to pass some woodworking skills on to him - and he is doing quite well with the block and smoothing planes.

Work on Gardens will resume when I return to Michigan this coming weekend.
Posted by Bob at 6:08 PM