The top deck has received two coats of epoxy. 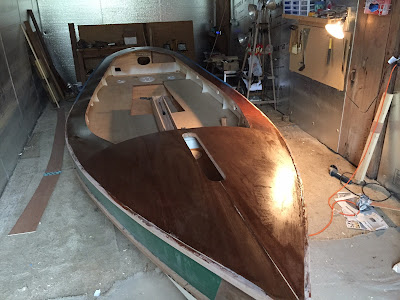 Having shaped and sanded the mizzenmast, I've begun varnishing it. Using wiping varnish (50/50 varnish/mineral spirits) for starters, I will eventually progress to un-thinned varnish. 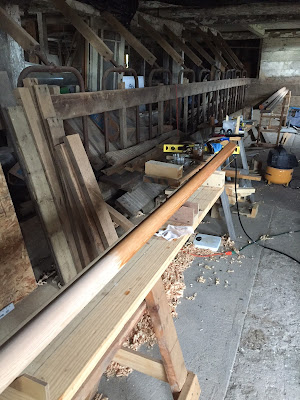 The Slot Cap is a late development of the mast raising system (a slot in the fore deck and king plank to facilitate raising the mast) I've installed. The plug, which fits the slot, has been glued to the cap (which prevents the assembly from falling through the slot). Turn buttons on the bottom of the plug prevent the plug from popping out of the slot. I'll take photos of the assembly and how the turn buttons work. 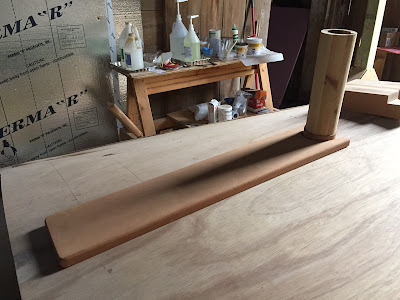