Measure Twice (or more) - Cut Once (or make repairs later)

Here is part of the double "S" curve in the sheer line when I forced the top stringer into place (sort of): 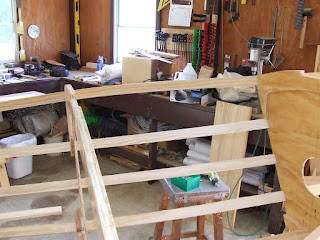 Swooping down from F2 to F1: 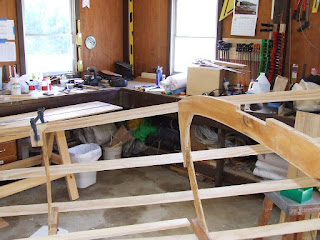 It swoops up from F1 to the stem. (but no photo)

It was a struggle to force the stringer into place - lots of twisting, lifting pulling, pushing... And, the stringer does not sit well in the notches of Frames 1, 2 and 3.

This afternoon while continuing the effort to force the starboard stringer into place I unscrewed it from Frame 2... I pulled the stringer from the notch and tried to fit it to its notch in Frame 1 and then on to the stem. Like magic, it fit - perfectly: a nice, smooth and fair swoop right up to the stem. 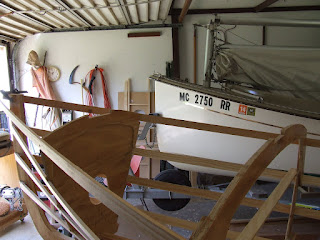 Of course, the stringer was NOT in its notch in Frame 2: 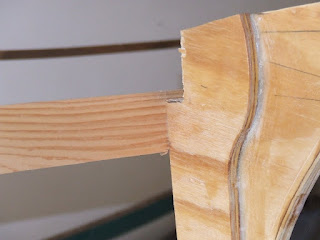 It is a full 40mm lower than the notch - way too much to cut away. What did I do wrong? Checking the plans against the frame as built, everything seemed to match. Then I took another look and found the 40mm! The dimension from the W/L to the top outer corner of the frame is 590mm, right? NO! That dimension is 550mm but it is smudged, smeared or otherwise not entirely clear on my drawing. I decided to ask another pair of eyes to look at the plans to verify what I found. Under bright light, the dimension was read as 550mm - but my friend agreed that it could easily be read as 590mm.

Great! I now know I have to take 40mm out of Frame 2. What I don't know is whether the top of the frame is correct (711mm above W/L) or not. I'll check that in the morning before deciding where and how to remove those extra 40mm.
Posted by Bob at 8:53 PM